First, it was an impressive turnout of members for a committee meeting. We had to re-shuffle the location of our meeting due to a last minute change, however, the meeting officially started around 6.30pm. After thanking the members for joining the meeting, the president and the secretary outlined the goals of the meeting by sighting the agenda.

Overall theme of the meeting was to create an initial yearly plan for 2012/13. There were three main categories of ideas – Fundraising, Communication and Improving our member base. Also there were ideas for separate projects.

Once the discussion started amongst the members, it was discussed how we can use newspaper ADs and articles to reach the fellow school mates of 99 to join the group. Manoj had brought in a pricing structure for some newspapers. After few minutes of discussion, we have moved to outline what we have achieved so far in communication.

** The domain name ananda99.org has been repurchased and hosting established for the groups’ website (courtesy of Deshapriya)
** Feature-packed website has been developed and released at a beta stage (courtesy of Ishan Karunaratne)

Ishan demonstrated the website and it’s features to the members and outlined how the website will help in almost all communication aspects of the group.
After the demonstration, we have decided on two items to start off the year with remainder ideas to be discussed in future meetings.

Task 1, T-Shirt
The committee decided to print a t-shirt for the group that can be sold at events to be held in the coming months.

Action points:
Ruwan Suwandarathna (MAS Holdings) will be handing this project with the support of the rest of the team.
Ruwan will obtain a pricing for 3 different sizes of t-shirts within 1.5 weeks.
Minidu will send the required designs to Ruwan so the designs are considered when quotes are provided

Action points:
Manoj Lanka, K P Roshan, Denipitiya and Ishan will be leading the preparations for this event with the help of other members.
Minidu, Moditha and Deshapriya to collaborate information from the event organisers and re-distribute among the committee.
More details to come!

Once the initial events are planned and responsibilities have been delegated, the committee discussed the details of the next meeting in brief. The grouping of existing members and appointing group leaders will be the main focus of the next meeting. The groups’ website will be promoted in between to aid this communication process by making the member registration online. It was also agreed upon that we will be holding meetings on every 3rd Friday instead of Wednesday.

PS. We all wish a very happy birthday to Moditha and we did celebrate his birthday after the meeting 🙂 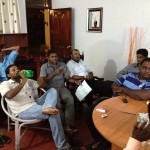 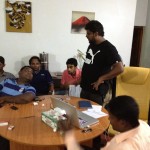 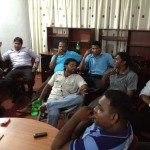 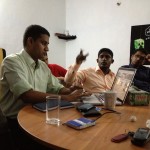 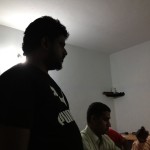 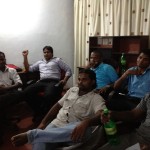 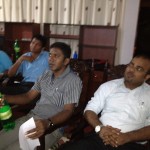